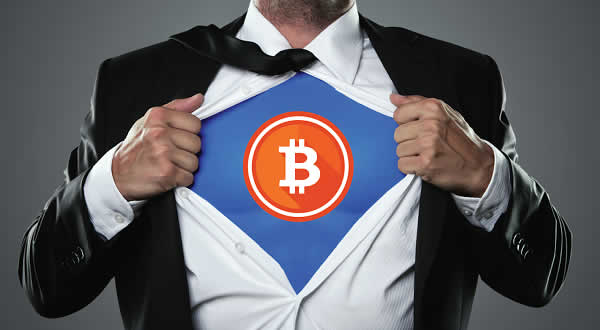 Global turmoil among allies and enemies remains and many countries are trying to find their best solutions to economic downturns, currency and stock plummets, and trade wars. In recent developments, Italy has decided to exit the European union in a joust dubbed “Italeave” due to the highly indebted banks and weak economic health. Italy fearing a lower grade in its debt ranking may cause a bank frenzy, has taken it upon itself to negotiate an exit from the E.U. – Italy leaving would have a tremendous effect on E.U. markets much like Brexit. Unstableness in Europe has led to stock drops, mostly in Italy, but will more than likely echo globally.

Not so surprisingly, Bitcoin has received positive responses based on these events. The crypto market never reacts in the same motion as non-digital markets and spaces, rather it is inverse and always has been. Politics have a habit of disrupting progress and often making matters worse, the selloff of Italian bonds, and E.U. and global stocks are just the beginning. The fact that BTC increased amid these global issues is a sign that individuals are placing more confidence in digital decentralized platforms than physical centralized entities and currency.

Economist Mohamed A. El-Erian even commented that he suspects that we are progressing toward a cashless society. Some governments, according to El-Erian, may begin issuing their own sanctioned cryptocurrency in place of fiat currency as early as three to five years from now. These speculations aren’t out of place as the world has been favoring digital payment methods for some time now and certain countries like Sweden are nearing cashlessness in favor of digital options.

Many disagree that Bitcoin could fulfill the role of a global currency mostly due to its volatility concerning price, which will no doubt face some fluctuation in 2020 when it halves again. Bitcoin’s halvening is a natural phenomenon that halves the rewards Bitcoin miners receive which should significantly reduce the rate of mining, a protocol in place to maintain the scarce 21 million coins for a longer period. Two halvenings have already occurred and predicted reactions to the next one are, of course, unknown.

However, looking at the historical price changes concerning the halvening we can speculate that once the halvening occurs there will be a boost in price per coin and then a sharp fall back down. Since the media and many institutions are now more familiar with BTC and cryptocurrency it is a fair assumption that the markets and individuals are preparing for this and plan to offset dips and sharp declines ahead of time. Participants of Bitcoin casino gambling, or any platform for that matter should remain updated concerning the trends in pricing for BTC.

However, some setbacks for Bitcoin remain as the US Justice Department places a criminal probe into whether Bitcoin traders are manipulating the price of the coin which could explain the drifting price.  Bitcoin has also been losing support for more adaptive cryptocoins as BTC issues have been revealed. Cryptocurrency investment is just another way for people to move their money off a bank balance sheet which may be experiencing increased credit risks and volatility itself to something they believe they can better manage such as crypto.

However, any reactions to security and volatility in either the physical or digital world can have an effect on crypto and usually the one who is dealt the most damage is Bitcoin. To say for sure that Bitcoin could hold its own even after economic breakdowns is beyond us, we could speculate yes but reasoning only that issues in the physical world would have people moving toward crypto and vice versa. Confirmations on this speculation may take months, depending on how fast the global economy is disrupted.