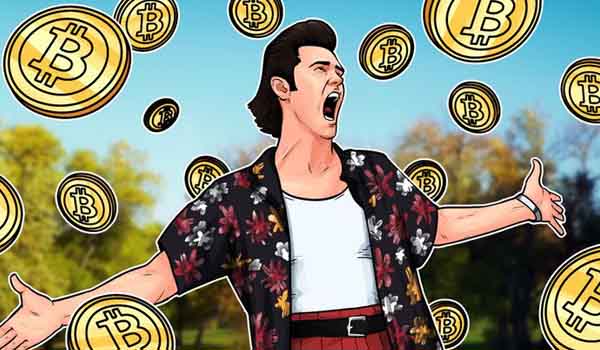 Making money from playing video games was once thought to be just a childhood dream but is now slowly becoming a reality.

Game companies and developers have begun releasing blockchain-based video games and paying players who play the game as a result.

2014 saw the full release of Huntercoin, the first blockchain-based game, which allowed players to earn HUC tokens by competing against other players, which could then be exchanged for Bitcoin.

Since then, many crypto-based video games have cropped up from other niche titles like the 2017 title Cryptokitties to games being developed and are currently offered by online legal sportsbooks and gambling sites.

When it comes to making money strictly off playing mainstream, triple-A video games, these are the most accessible and viable options available to gamers now:

However, blockchain companies are about to change all of that, and companies like BUFF, which will have its initial coin offering in December 2018, aim to allow gamers to play current online multiplayer games – just as they are doing now in titles like Fortnite – while a players BUFF coins are mined in the background with no dip in game performance.

Perhaps the biggest development of gamers soon getting paid with cryptocurrency came earlier this year when Ubisoft, one of the largest video game companies in the world, announced they had begun exploring blockchain technologies and how to incorporate it into their game lineup – which includes blockbuster game franchises such as Assassin’s Creed, Far Cry, and the Tom Clancy series.

In addition to gamers mining cryptocurrency while playing games, making gamers money and strengthening the value of the game company’s blockchain in the process, blockchain technology would allow triple-A developers to expand the gaming experience outside of sole monetization with features such as crypto-secured save states, giving gamers real ownership through the blockchain, and the potential for cross-game exchanges of in-game items. Who wouldn’t like to use the famous gravity gun in the critically acclaimed Half-Life 2 to grab bullets and grenades and throw them back at another player in a CS:GO match?

October 2018 marks the 60th birthday of Tennis for Two and is believed to be the first video game developed purely for entertainment. The game was created in 1958 by Physicist William Higinbotham, who also was apart of the team that built the first nuclear bomb and became one of the leaders in the nonproliferation movement soon after.

The video games market is one of the youngest, thriving industries in the world at less than a half-century old. Game retail only began in the early 1970s, with Atari’s 1972 release of Pong – inspired from Table for Two – becoming the first commercially successful release of a video game.

Today, the global video games market is expected to hit nearly $140 billion by the end of 2018, and there are now over 2.3 billion people actively playing video games, according to a Newzoo report.

To put that in comparison, the global film industry market generated $40.6 billion in revenue for 2017 reported by the Los Angeles Times.

With the market getting bigger every year, it’s only a matter of time before gaming and blockchains become synonymous with each other if the recent digitalization of games is any indicator. In the same Newzoo report: Digital sales account for 91% of the gaming market today.

While making a living wage from solely playing crypto-based video games might still be a way off, saying it’ll never happen would be foolish.

After all, your parents probably told you that you could never make any money off playing video games.

But with the current stream of money flowing into various unique game ideas; the rise of eSports; the new avenues of revenue using blockchains getting the green light in the gaming market each day – it’s safe to say your parents couldn’t have been more wrong.