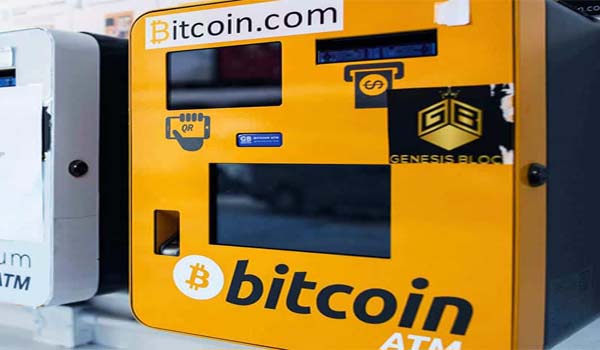 The rise of cryptocurrencies, such as Bitcoin, have made way for alternative currencies to rival traditional money through anonymity, easier transactions, and secure storage. Cryptocurrency has sparked interest in those individuals from affluent investors and multi-national companies to those living in lower-income households. The popularity of cryptocurrencies across the board can be akin to its many capabilities and advantages over fiat currencies.

Aside from allowing users to pay their bills, purchase homes, invest in markets, and transact through digital global marketplaces without the interference of a centralized government, cryptocurrencies themselves are an investment. This could be a disadvantage in terms of volatility, however, through the mass support of a growing crypto network of users and the understanding of crypto technology by world governments’ can lead to a stronger cryptocurrency value. As a reminder, the value of a nation’s own fiat currency is as volatile due to fluctuations based upon interactions between nations during trading, sanctions, and war.

Currently, Bitcoin is the most popular cryptocurrency in terms of market value; in 2017, the University of Cambridge estimated between 2.9 million and 5.8 million unique active wallets. Due to its popularity, Bitcoin ATMs began populating the globe and now 3,500 Bitcoin ATMs are operational. The very first public Bitcoin ATM opened in 2013 in Vancouver, Canada, the following year the United States installed their own Bitcoin ATM.

Bitcoin ATMs use to require their owners to own a hot wallet attached to the ATM with the set amount of cryptocurrency available for purchase by the customers, this caused owners to bear heavy upfront costs. Now Bitcoin ATMs can be programmed to connect through the internet to a direct exchange where users can sell and buy Bitcoin and fiat money, as well as, other altcoins like Ethereum (Ether), Litecoin, and Bitcoin Cash. This provides more variety for the user and reduces upfront expenses for the ATM retailer.

While the Bitcoin ATM machines are usually made by a variety of manufacturers, all are usable in the same manner. Users from around the world can enjoy the uniform experience of turning cash into cryptocurrency and exchanging crypto for cash instantaneously. Based on reports by ATM owners the machine’s typical clientele are usually young males who do not mind taking risks.

These machines can send the user’s currency of choice directly to their digital wallet, provide a paper receipt as a paper wallet, or generate a public key on the blockchain. These Bitcoin kiosks charge fees ranging from 7-8% per transaction, however, some areas have reported double these fees depending on ATM availability. Overall, Bitcoin ATM transactions take less than 15 seconds to complete and utilize directional steps throughout the process for smooth usage.

Bitcoin ATMs are spreading across US cities, particularly in neighborhoods that utilize payday loans and cash advances over corporate banking institutions. This is because Bitcoin ATMs do not require users to have a bank account allowing for a larger segment of customers (poor to lower-income level households and individuals) to be catered to. Bitcoin ATMs are becoming the preferred option over local businesses due to the ATMs convenience and instant service, regardless of fees.

The industry’s average Bitcoin ATM transaction is near $200-300, meaning speculations of individuals moving $7,000-8,000 in coins per transaction are incorrect. However, some users are utilizing Bitcoin ATMs as investment hubs where they play the crypto valuation market with their coins on the machines exchange, certain machines allow direct access to purchasing ICOs. Nonetheless, nearly every user stores, transfers, and in some way invests their crypto on Bitcoin ATM machines.

Aside from these benefits, users across the income bracket prefer cryptocurrency and these decentralized markets because of the lack of middlemen which increase prices through fees and are overtly unnecessary. However, the rising popularity of cryptocurrencies and exchange platforms like Bitcoin ATMs have attracted the attention of malicious individuals. Authorities have recently uncovered an underground marketplace for malware which specifically targets Bitcoin ATMs being sold for $25,000 USD and efforts are being made on a regulatory and developmental level to counter any future issues with similar malware.