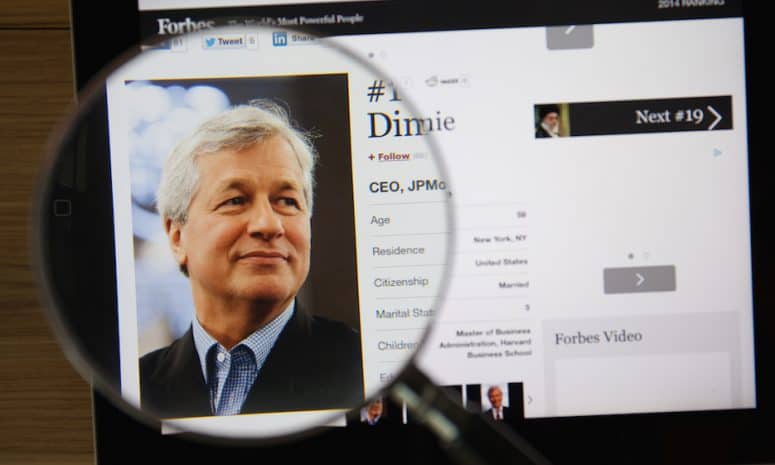 What Do JP Morgan Chase CEO, Jamie Dimon, And The Chinese Government Have In Common? A Distaste For Bitcoin.

As you might well know, Bitcoin’s price has been in a sharp decline since the beginning of the week when the CEO of JP Morgan Chase, Jamie Dimon went off on his apparently long-held irritations about crypto currencies. This has proven to be a curious outburst by the CEO of a company, which has accepted a government bailout and has invested in blockchain technologies themselves.

Mr. Dimon went on at CNBC’s Delivering Alpha conference about how the virtual currency is a “fraud” and it’s only suitable markets are failing economies like Venezuela or drug dealers and murderers. He even made a 17th century reference to Tulip bulbs that referred to the time when a financial bubble occurred around the commodity and then burst leaving many in financial straights.

While this might have had an effect on the market value in some way, most virtual coin traders aren’t really impacted by the comments of an investment banker. After all, it’s no surprise that investment bankers are opponents of Bitcoin. Bitcoin is often a go to funding method in the online gambling market, and there has been no reduction in the number of people using it at legal online gambling sites accepting Bitcoin deposits. This banker’s comments do not influence

One of the reasons for the decline, however, is more likely what has been going on in China. There have been rumors floating around in China that they will be seeking to regulate and possibly stop all domestic bitcoin trading entirely. On Thursday, that rumor started to become true as a Shanghai-based bitcoin exchange announced that they will be shutting down all domestic bitcoin trading as of September 30th. Now, with a confirmation of these fears to come from the People’s Bank of China in the next couple of days, the price of bitcoin continues to decline.

So far there have been two Chinese bitcoin exchanges to shut down trading, BTCC, and ViaBTC but they wont be the only ones. According to recently leaked documents from the Chinese government, bitcoin exchanges that don’t operate with the formal licenses (which have yet to be established in China) will have to shut down operations by the end of September. In one tweet by a Chinese bitcoin exchange that sees impending doom, the exchange suggested that customers “withdraw their funds as quickly as possible.”

However dramatic the tensions may be within China, or with the CEO of JP Morgan Chase, bitcoin, in spite of its recent decline, still faces a 300% increase in value since the start of the year. It is not uncommon to see a pull back like this after a peak has been set. Last month the price of bitcoin reached an all time high slightly above $5000 USD. Its not unreasonable to assume that people rightfully chose to sell off their bitcoin at the high point assuming most people would do the same thing which would predict exactly what is happening to the prices now. As the price declines currently, various investors online are predicting that the price will rally back up as new investors will buy at the low point expecting the prices to rise. Individuals using the cryptocurrency to fund their accounts at legal Bitcoin casinos can rest assured that the value eventually finds its way back up.