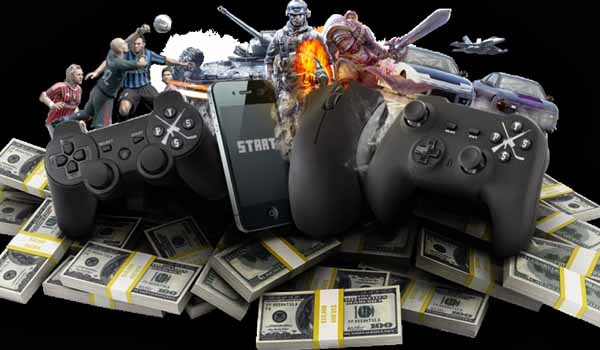 DApp games and other blockchain games make up part of the $280 billion dollar blockchain gaming industry. Because of this high market valuation, numerous companies have jumped onboard the blockchain gaming bandwagon and intend to deliver various crypto-adapted projected in the coming years. Some of the most optimistic firms are already working on projects which will combine crypto-rewards, blockchain dependence, and augmented reality (AR).

To entice users, developers are creating games which offer cryptocurrencies rewards. However, blockchain video games come in various forms either they reward users for doing a certain action in the game (winning, etc.), modify the gameplay to be supported using cryptocurrencies (leveling up), or as a superficial in-game currency feature added to the existing game to attract users(in-game purchases). Some available crypto video games are trading games, 2D racer and platform games, strategy games, and 3-way puzzle games which have some form of crypto use.

Experimental, a blockchain technologies company, is hoping to introduce skill-rewarded blockchain-based video games to create a fair gaming ecosystem. In this regard, the game itself will utilize functions of the decentralized platform instead of solely a video game with an added crypto layer. In this sense, blockchain games would allow players to gain cryptocurrency from their time invested on the platform and extend beyond entertainment only purposes.

Experimental has several blockchain-based reward ideas spanning from player-versus-player battle style games which allow the winner to take the loser’s game resources which includes cryptocurrency to the farming of non-crypto game currency in exchange for cryptocurrency later.

Typically, blockchain video game rewards are divided between the player and the game’s developer(s). Meaning little profit from gaming is returned to the user, however, secondary markets for assets such as game currency, gear, and skins allow players to monetize in-game investments for cryptocurrency. Blockchain technology allows for more control over these markets by verifying true asset ownership, allowing assets to exchange between games, and providing public records across blockchains of users and their assets.