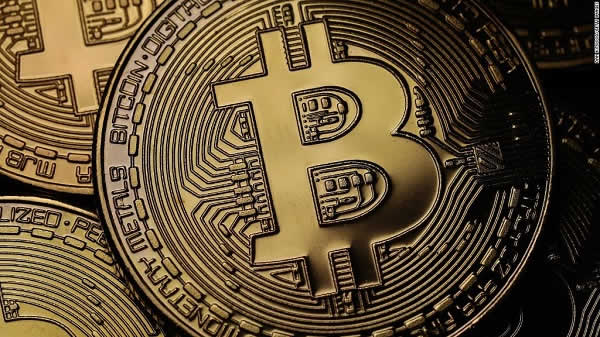 It is the middle of the year and the prospective future for Bitcoin has shifted. For what many considered the largest and most impactful death of Bitcoin in early 2018 has produced a small pendulum swing towards hope and revival by year’s end. Bitcoin has repeated swung back and forth from progress to regression and back again, this motion can be attributed to the fluctuating preference over cryptocurrency which has largely been affected by scandals and unregulated markets. Many big-time investors and governments are too scared to get their feet wet with crypto stating that the market is too volatile.

However, this volatility is largely due to the lack of safeguards and enforceable regulations. This issue is possibly one of the main reasons Bitcoin has yet to go mainstream. Some critics refuse to invest in Bitcoin and other cryptocurrencies because of their belief that cryptocurrency and its accompanying technology are just a fad and coin prices are overly inflated – in other words, a bubble waiting to burst; others a-kin cryptocurrency to the internet during the early 90’s and 2000’s diamond in the rough state. But who is right?

Several businesses have blocked critiques from deterring them and moved forward with attempting to bring cryptocurrency into the light and establish it as an everyday commodity. Many firms are opening regulated exchanges, creating futures contracts, and attempting to list crypto ETFs in order to begin this process. Flooding interest for Bitcoin is usually centered around its blockchain technology and prospective applications.

These applications and projects will have a hard time reaching wide adoption without some regulation to clarify and encourage users to adopt BTC and mine it, trade it, and tax it properly. If regulations were set by significantly influential governments and powers than it is more likely that more countries, investors, and end-users would be onboard.

Considering the current state of adoption for Bitcoin no other cryptocurrency compares in the number of users, developers, and infrastructure support behind BTC. Bitcoin is currently in the works of major improves which would lower fees, improve usage, and create offline payment solutions or add more transactions per block. These improvements are coming the in form of features like Batching, Schnorr Signatures, and Atomic Swap. As these developments mature a potential increase in interest and rise in coin price is expected, as well as, increased awareness and adoption.

To begin this process, two financial service companies have jointly filed to list an ETF linked to Bitcoin to the SEC. This fund would be physically backed and insured in hopes to prevent rejection from the SEC. These companies may be rolling the dice since the SEC recanted crypto linked product applications in January. However, this filing is providing some hope for investors and businesses looking to see BTC ETFs be successfully approved which could open the door for comprehensive regulations over cryptocurrency.

This can better clarify the protocol for BTC mining industries, of which, are beginning to set up close to home. Coinmint confirmed a $700 million project to mining for the coin in Upstate New York. The development is projected to repurpose old abandoned factories, revitalize the industrial area, and bring jobs to locals. New York authorities greenlit the plan in January and the cloud mining service is set to open by the end of 2019.

This industry is heavily influenced by its profitability which is affected by coin price. Currently, BTC’s coin price has fallen from the record highs we saw late 2017 and early 2018 – Coinmint’s project was approved during record highs, nevertheless, if the coin continues to dive downward instead of appreciating mining firms like Coinmint could be forced to dissolve themselves.

However, we believe things are looking up for BTC who’s price is showing bullish signs and tendencies. With this and possible positive government intervention, i.e. regulations, the price of BTC could easily double in value by year’s end. Should situations fair well and in BTC’s favor, a break above $10,000 per coin could be possible. There is, however, a potential for disruption in Bitcoin’s progress.

As more and more interest to BTC grows, the amount of energy consumption used to facilitate Bitcoin growth could lead to government intervention. While BTC is decentralized the coin and its platform run off electricity which can be regulated at will by the government. Negative government intervention could send Bitcoin into its lowest point. We are half-way through 2018, only time will tell what happens next.